Feeling tired, worn out, or just plain unmotivated to train and eat right? You may think you have it hard, and that you’ve got a long way to go to reach your goals, but trust me – there is always someone who’s had to work harder to get to where you’re at now. If you’re looking for a little extra motivation, read this story about a client of mine…

While quite a few bodybuilders start out skinny, John was just the opposite. At 18 years old, he tipped the scales at 275 pounds. He wasn’t a 275-pound powerlifter, either! Despite his big body weight, he was weak and had hardly any muscle to show. Not surprisingly, he also ate like crap, rarely exercised, and just had low self-esteem and confidence in general.

Fortunately, something “clicked” in John, and he got angry at himself for letting himself go so far. Before he ever hit me up for training or nutrition advice, he did a 180 and completely changed his habits. He started running obsessively, eating sparsely, and avoiding any and all junk food like the plague. After only one year, he was down to 170! The problem was, he was skinny-fat. Because of his crash diet and lack of lifting, his frame still had little muscle to show, and he was actually still sporting a pretty high body fat percentage.

Happy with his weight loss but frustrated with his light, flabby physique, John decided to hire a trainer – me! He was still fairly unathletic and uncoordinated, and it took a while for him to learn the basics of proper training. We spent one session after another improving his mobility, flexibility, and strength, until finally he was able to squat, press, and pull with decent form.

His diet was also a wreck. He was certainly good at dieting on low calories, and he didn’t eat “unclean” foods, but he was hardly consuming any protein, healthy fats, or functional carbohydrates. Some cereal here, a few crackers there – he was eating like a coked-out runway model! Fixing John’s diet was more psychological than anything, but I finally convinced him that he needed to eat a LOT more food, and that things like meat, potatoes, and eggs weren’t going to kill him.

After a few months of basic training and better eating, John did what every experienced bodybuilder wishes he could still do – he gained muscle and lost fat at the same time! Of course this isn’t an optimal way for an intermediate or advanced lifter to progress, but novice lifters like John can make incredibly quick progress in both arenas.

Like so many guys who get into weight training, John was bitten by the iron bug. Whereas training and dieting were once just means to a healthy lifestyle, they became a passion, and he thought constantly about how he could build a bigger, leaner, stronger body. Since he had lost so much weight and was finally down to respectable level of body fat, he did what most newbies do – he bulked up!

For better or worse, though, John didn’t quite follow all of my advice while he was gaining. I told him he should take things slow, gaining one or two pounds per month, but he was overzealous and pounded the food for over a year. He didn’t eat tons of junk, though, just far more of the “clean” foods than he needed to grow. By the end of his last wintertime bulk, his weight had shot up to about 225, and he was looking pretty chunky.

Still, John had gained a TON of strength and muscle during that time, and had somehow tolerated the discomfort of rapid weight gain. Spring and summer were approaching, though, and he wanted to get ripped and look great. To accomplish that in time for beach season, he really had to knuckle down and diet harder than guys who bulk more slowly.

In fact, for most of John’s diet, I had him eating just one or two carb meals per day, and only then around training times. Every other meal was just protein, veggies, and maybe some fats, and overall calories were pretty damn low. While leaner guys can’t diet so hard without losing muscle, I knew John would drop body fat like crazy with this strict approach.

Ultimately, John applied the same mental toughness to this diet as he did to his initial transformation. After 4 months of dieting, he was down to 190 and looking awesome! He was even leaner than he was when he started bulking up, and for the first time in his life, he had a ripped six-pack. His confidence also rose to an all-time high.

What’s John doing now, you ask? Still making incredible progress! He says he won’t ever bulk up so heavy again, but he’s always alternating between well-planned periods of gaining muscle and losing fat. He continues to improve year after year, and I’m now prepping him for his first-ever bodybuilding show! His hard work, dedication, and fitness transformation just go to show that you can accomplish just about anything if you really put your mind to your goals.

0
Do you know the TRUTH about TESTOSTERONE?Fitness & Health, Non-member 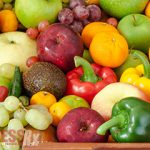