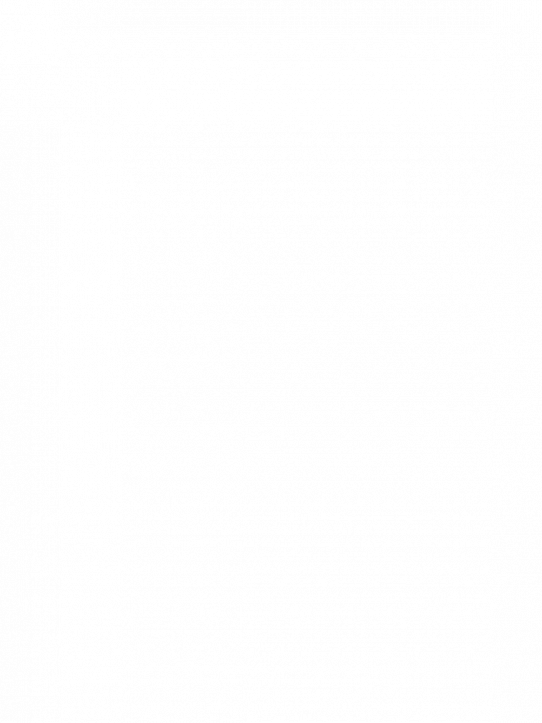 Big Arms: One Goal, Many Strategies

If  there’s anything every gym rat wants, it’s bigger arms! Sure, you see plenty of articles about the importance of leg and back training – and those ARE the most important parts to train – but you’re never going to have a complete physique without great arm development.

Don’t think you can get away with not training them directly, either! There are plenty of “functional training” gurus out there who will shout from the hilltops that your arms get all the stimulation they need from bench presses, dips, rows and pull-ups, but for 99 percent of guys, that’s not the case!

At the same time, you’re probably not going to build the biggest arms possible if you focus on nothing but pump work. No, the only way to build the biggest pipes possible is to use a combination of strategies, some at different points in your training career. Here are a few of the best methods for building bigger arms, as well as some advice on how to put them in your program. 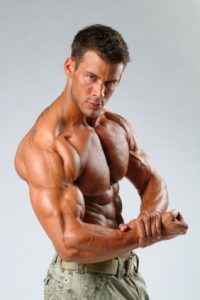 Of course you’ll have to work your arms directly with movements like curls and push-downs, but if you think you’ll get impressive arms without moving impressive weight, think again! There may be a few guys who can bench big and strap on tons of weight for pull-ups who DON’T have big arms, but they’re few and far between. It’s even more rare to see a guy with huge arms who hasn’t spent some serious time getting stronger – even if that’s not how he trains today.

The best heavy movements for big arms? Like usual, I’m all about the basics! For triceps, you’ll want to focus on close-grip bench presses, dips and any other free weight pressing movement that emphasizes the triceps. If you have access to bands, boards or other tools powerlifters use to overload their triceps, take advantage! And make sure you’re always progressing in weight and reps.

Biceps are a little tougher to stimulate with compound movements, but that doesn’t mean you can do nothing but curls. Underhand chins – with added weight when possible – are amazing for biceps, and the strength you gain will actually allow you to curl more weight in the long run. Underhand rows can be useful, too, just don’t go as heavy and sloppy as you might with overhand rows – too much strain and you risk tearing a bicep.

Going for the Pump 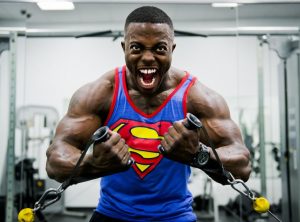 As soon as you’ve mastered form and technique on the basic movements, you’ll want to incorporate some lighter, “pump” exercises. For biceps, you’ll obviously need to do curls, curls and more curls – but what kinds? There are nearly endless variations, but truly, you don’t need to get fancy. Focus on the basic barbell or EZ bar curl – whichever feels better on your joints, and do plenty of sets in the 10-12 range.

Aside from the basic barbell curl, any kind of dumbbell curl, machine curl or cable curl will work, and make sure to throw in some hammer curls once per week for good measure. You can use all sorts of crazy cable and bench setups if you really want to, but they really aren’t going to make a difference. You’re better off sticking to whichever simple curl variations give you a good pump and don’t hurt your joints.

For triceps, you’ll need to do just the opposite – extensions! If your elbows are healthy, the best moves you can do are skullcrushers and incline or decline skullcrushers. Use strict form, and while you should aim to get more weight and reps every workout, don’t go so heavy that you start to feel the movement more in your joints than in your muscles. The low rep ranges are for pressing movements, not extensions.

What about other types of extensions? While some guys shy away from cables and machines and insist free weights are the only way, I’m actually a big fan of cable movements for triceps. You can go relatively heavy, there are plenty of attachments to use, and they’re easier on your joints than skullcrushers – a perfect way to give your elbows a break after heavier movements. My favorite arm workouts usually involve one pressing movement, one skull crusher variation and one or two cable push-down exercises for triceps. 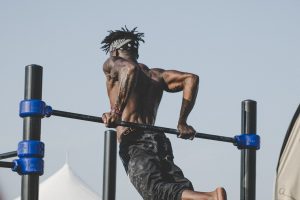 When it comes to building muscle, there’s an ongoing debate between frequency and volume. Should you hammer a body part and give it a week’s rest, should you provide less stimulation more often, or should you use an in-between approach? In my opinion, they all work! For arm training, you’ll want to cycle between splits that have you training arms twice or even three times per week and routines that have one, dedicated “arm day” where you blast them into oblivion.

However, once you reach a certain level of development – or if your arms are lagging behind the rest of your physique – you’re going to need to give them some extra attention. My favorite strategy for improving lagging arms is to train biceps with back, triceps with chest, and then both again on their own day.

Putting it all Together 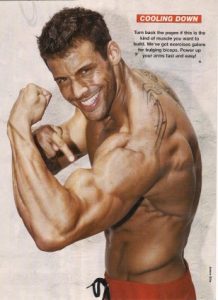 So, how to proceed from here? If you’re like the VAST majority of lifters, your arms probably aren’t actually lagging – you just need to build more muscle mass overall if you want them to get bigger! It’s pretty rare for anyone to make serious gains on their biceps and triceps without simultaneously improving their chests, shoulders, backs and even legs. For most of you, the best course of action will be to emphasize close-grip pressing movements on your chest days (in addition to your normal exercises) and underhand movements on your back days. Hit up 6-8 sets of extension variations after chest, and the same for curls after back.

Then, on your weekly arm day, blast them again with 12-15 sets each of curls and extensions, beginning with the more basic moves and progressing onto lighter, “pump” exercises. Also, be sure you have a couple of days rest between your arm day and your next chest or back day. You don’t want fatigued arms to limit the rest of your development. 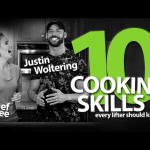