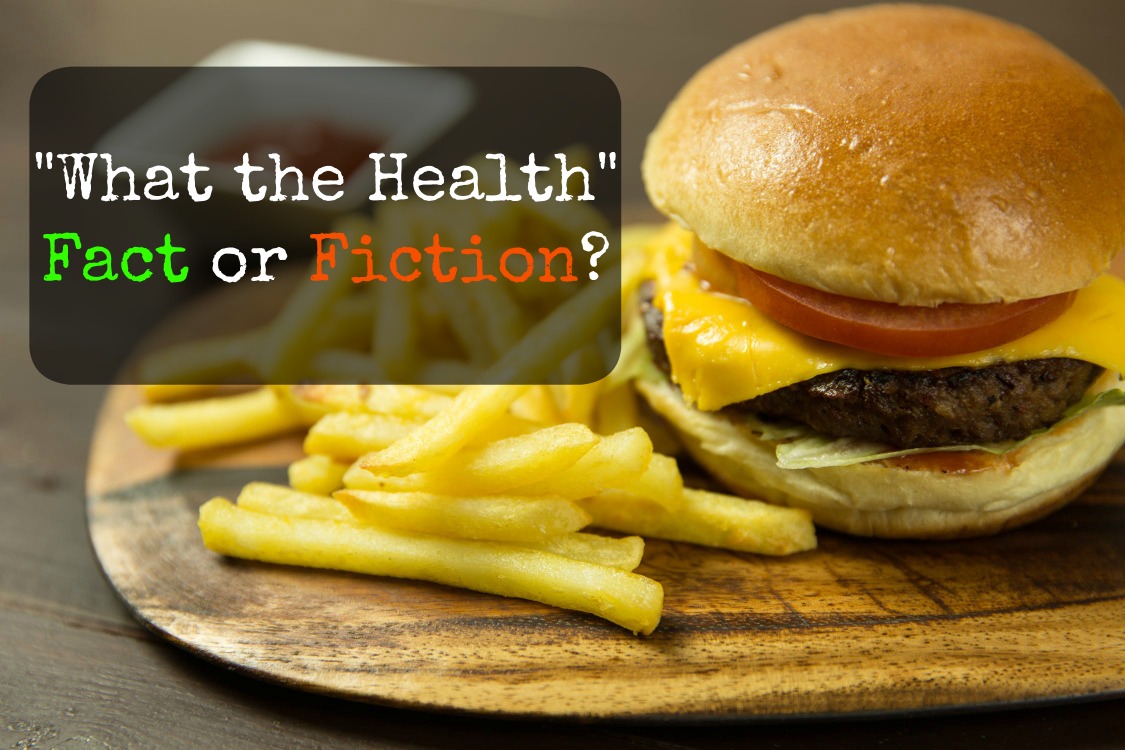 “What the Health” – Fact or Fiction?

The documentary, “What the Health” feels like it has scared half the world into becoming a Vegan. I still see my TV and social feeds blowing up with posts about how meat is bad, and everyone needs to move to a “sustainable,” “clean,” “meatless” diet- and that if we don’t we’re really causing ourselves all sorts of health risks.

So, is it true? Is eating an animal product based diet bad for us? Are we really damaging our bodies by eating chicken, beef and fish? Hell no! Since man came into existence we’ve been eating protein sources that come from animals. We have records dating back to the Neanderthals that depict the hunting of animals for sustenance and other religious practices.

Sure, there are some aspects of going Vegan that may be good for our bodies, but the cherry-picked examples in, “What the Health” don’t show what most of the people who are following a Vegan diet look and feel like. If you want gains and you want to have a ripped, warrior physique, there’s a possibility you can achieve this on a vegan diet, but science has proven a high protein diet is much more effective and you won’t have to drop as much cash.

This film is demonizing the animal product industry while simultaneously trying to promote unhealthy eating practices that focus on a single macronutrient. It preaches that you can get everything you need from only eating plants, but when was the last time you saw a Vegan fitness expert or athlete who wasn’t taking incredible amounts of supplements? Eating animal protein is primal! That’s why we have canine teeth that have evolved from millions of years of eating meat!

I don’t want these Vegan scare tactics to make you guys think that everything coming from an animal is going to give you cancer or is actually making you unhealthy, no matter how “clean” you try to eat. This bullshit ego trip that being Vegan is the only way to live your life is straight up harmful. Trying to tell people that everything humans have been doing, since the dawn of man, is going to kill you is dangerous. If you want to be a weak-minded follower or wanna be hippie who only has abs because he’s small and skinny then go vegan- but if you want the truth, here are the biggest falsehoods from, “What the Health”:

Lives Will Be Longer if You’re a Vegan 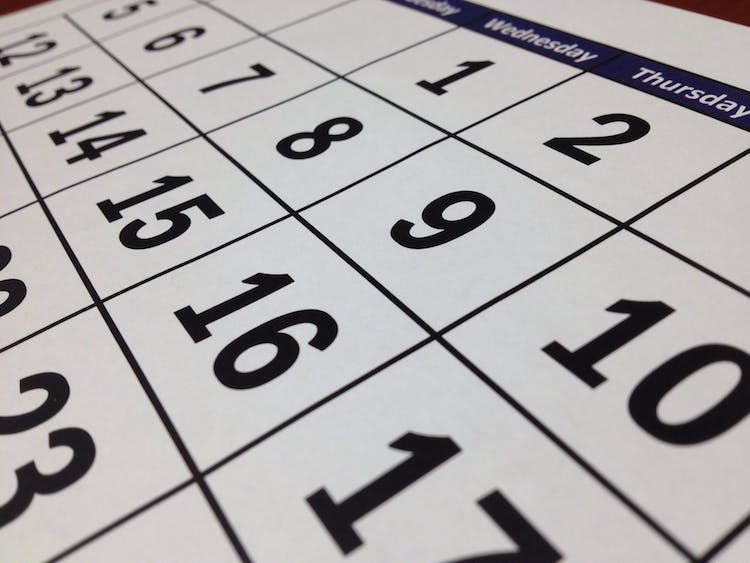 A big argument made in the film was how much better and longer our lives will be if we cut all animal products. The documentary argues that no meat, no fish, no eggs, no dairy, nothing that comes from an animal should be ingested into the human body. It says that you only need around 50 grams per day of protein and all the sustenance you need you can get from plant-based sources.

Let’s dive a little deeper. Yes, there have been studies that show in the SHORT TERM a vegan diet may be better than an animal-based diet, depending on your goals. If you want to lean out and lose body fat, a 2015 study found that a Vegan diet tended to help lose more fat, compared to animal product based diets. Although, that was over a short period of time. There are very few reputable studies that show that Vegan diets actually promote weight loss and keep you leaner over the course of multiple years and in turn, prolong your life.

To the contrary, renowned scientist Loren Cordain told Time Magazine that, “there aren’t any clear mortality benefits, and in fact [vegan diets] may be less healthy than diets that include meat.” Another study that TIME mentioned in the article has found nearly 80 percent of Vegans are Vitamin B-12 deficient. Hmm, that’s funny. You know why? B-12 is primarily found in meats, eggs and dairy. That’s a heavy argument against living a longer life, especially when Vitamin B deficiencies have been linked to increased rates of major problems like heart disease and bone loss.

Seriously? I’m honestly upset I even have to talk about this. Eggs are a nutrient dense food source that people have been thriving on for hundreds of thousands of years. The film argues that eggs are so bad for you because of the dioxins that build up in the fatty tissues of animals and uses the World Health Organization’s label of dioxins as a carcinogen to scare viewers into wanting to give up eating eggs.

Of course, none of us want cancer, so why should be blow off the carcinogen argument? Well, a study from the National Centre for Scientific Research in Greece found that vegetables could have up to six times the amount of dioxins than beef liver. So what we’re told in, “What the Health” is that dioxins are bad and they’re found in meats so we shouldn’t eat them. Yet, you could be ingesting up to 600% more dioxins by eating purely plant-based foods. Makes sense, right?

Eating Processed Meats is as Dangerous as Smoking 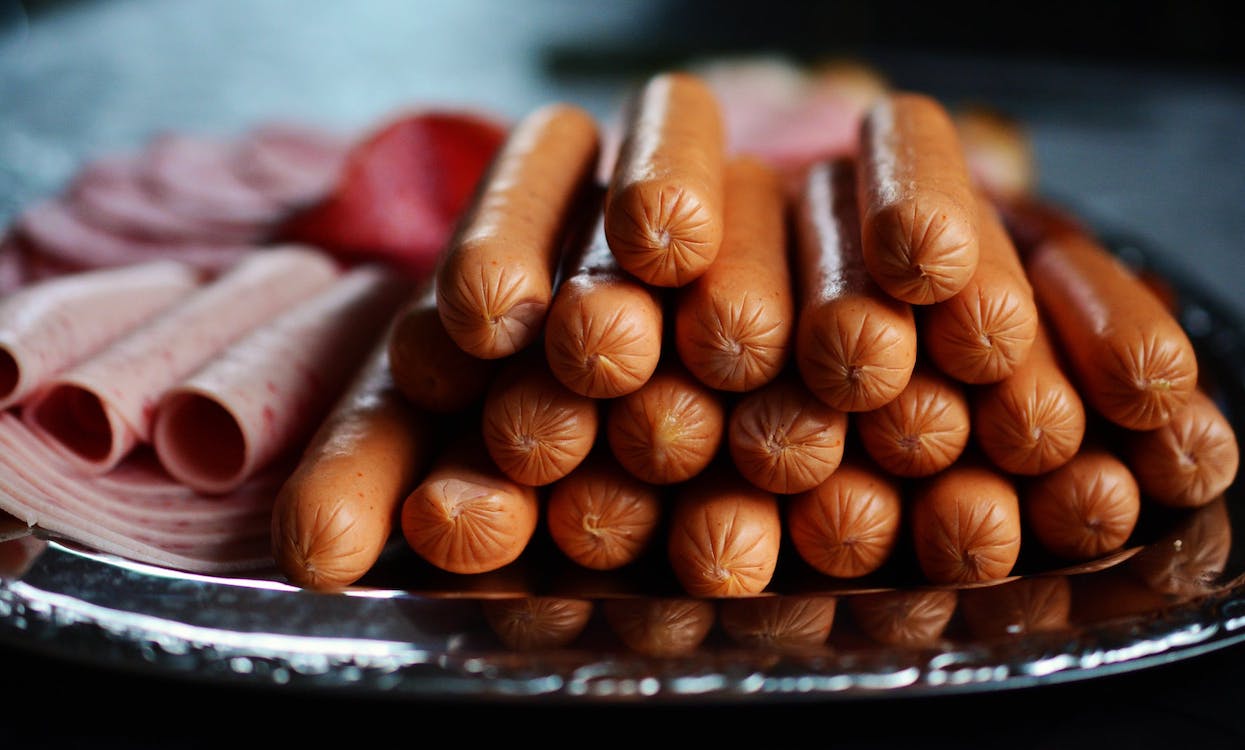 The filmmaker likes to compare things to smoking because he knows comparing things to cigarettes is an easy way to create fear in the audience. A big argument made throughout the film is that eating processed meats is on the same carcinogenic level as smoking and asbestos exposure.

To start off, that’s a laughable statement. Once again, the “documentary” took information from the World Health Organization and twisted it to meet its narrative. An article from Vox does a great job of explaining how the film misunderstood and misrepresented the 2015 release from the WHO.

The release does state that processed meats are in the same carcinogenic risk category as cigarettes and asbestos but does not come anywhere close to confirming that processed meats DO cause cancer. It all comes down to moderation. If you’re eating hot dogs and SPAM for every meal, every day, of course, you’re going to have problems. But if you just want to have a hotdog at the 4th of July barbecue, you’re going to be just fine. Throw out that veggie burger bullshit and eat something that actually tastes good.

You Shouldn’t Eat Fish, Either 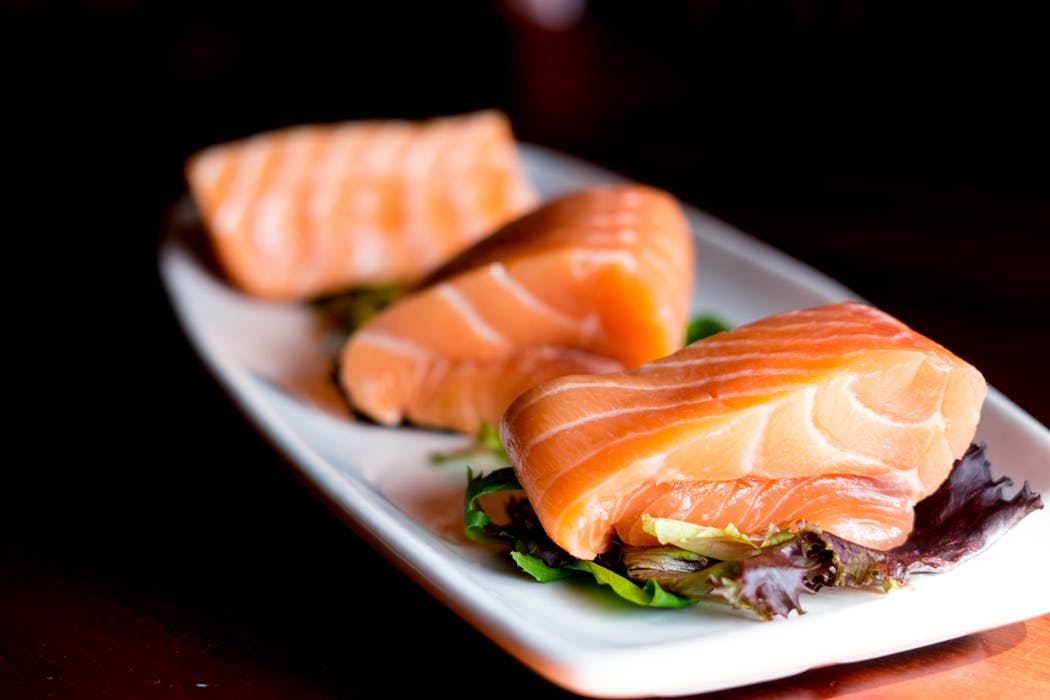 Fish and seafood are some of the healthiest and nutrient-rich protein sources that you can find. They’re full of Omega-3’s and other nutrients that help to lead a healthy life. A Harvard release argues that adding fish as a part of a balanced diet actually improves heart health, lowered blood pressure and may even ease muscle inflammation.

“What the Health” argues that eating fish is going to kill you. It’s all full of mercury and other chemicals that are just as bad for you as processed meats. Once again, the film made a gross generalization that encompassed all types of fish and focused on only the negative aspects.

Fish is good for you and provides necessary proteins and fats that your body needs to thrive and grow. Cutting out fish purely because you’re worried about mercury contamination is actually more detrimental to your health and nutrition than including fish and seafood in your regular diet. 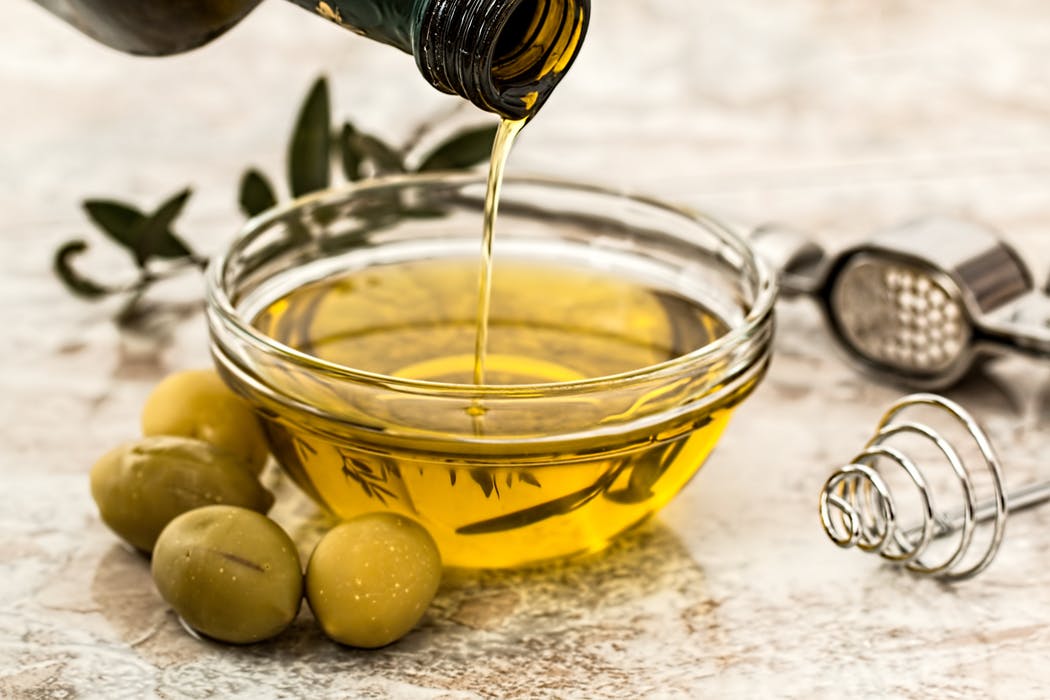 This is probably the most outrageous claim of the movie and also the one that outrages me the most. This is something that can really hurt people. By telling viewers that it’s fats, not sugars that caused obesity, diabetes and other health risks, the maker of, “What the Health” is legitimately putting viewers in danger. The film even has the audacity to claim that sugar pretty much harmless.

In the film, Dr. Neal Barnard denies that sugar is the problem for diabetes, rather, it’s the fats in a person’s blood that cause insulin resistance and leads to the development of diabetes. That is contrary to the mountains of evidence and studies, that have been around for decades – like this study published in the New England Journal of Medicine, that show how decreasing carbohydrates and increasing fats in a person’s diet actually decreases the likelihood of developing diabetes.

Dave Asprey, author of the renowned Bulletproof Blog, further illustrates the danger of sugars (not fats) with multiple studies that show sugar creates terrible hormonal imbalances, they’re highly addictive and lead to inflammation within the body. Those are all three things that, “What the Health” argues a Vegan diet will avoid, yet it seems that the narrative that fats are dangerous is actually the opposite of what Vegans want you to believe. 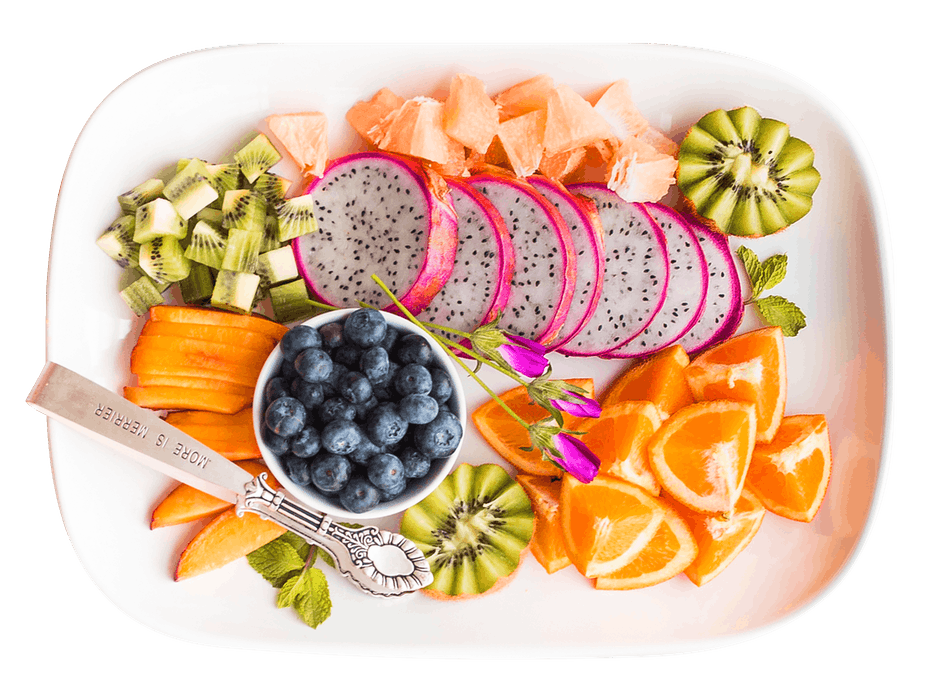 In summary, “What the Health” does nothing but try to scare you into becoming Vegan. It uses antiquated arguments to try and make you think that any sort of animal product is going to give you either cancer, diabetes or heart disease. Is there some truth to the show? Sure, a little bit, but all the arguments that the film makes are based on distorted truths that are twisted to fit the narrative of the Vegan diet is the best diet. Veganism may have its place for some people, but if you’re a lifter and a warrior, it may not be the best thing for you.

Film, Review, Truth, What The Health